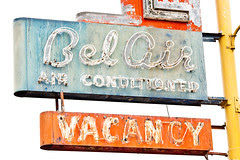 Air Conditioned
Originally uploaded by Thomas Hawk
It is Monday. We made it through another weekend. Whew!
Wait...what? Isn't that usually the other way around? Make it through the week and happy for the weekend?
Yes. But not this weekend.
The problem began when our A/C went out Saturday. It was just down-right hot! Apparently we should have stayed at the Bel Air. They have air conditioning.
Since we couldn't get anyone out on the weekend to look at it we get the bright idea to buy a window unit in the meantime to cool the house. That would be a brilliant idea if there were any A/C units available in AR!
We ran into a co-worker and his friend that works at a Lowes and he said last year there was a surplus because it didn't get so hot. This year they were not prepared, so they ran out of A/C units. of course. Since I want one this year there aren't any. How does that happen? Can you not reorder some? Late delivery?
Anyway, we couldn't find one at any store here, so we resorted to calling coworkers and friends to see if we could perhaps borrow one. A couple of calls revealed that a friend of a coworker had JUST decided to get rid of a small unit (which we bought) and we could borrow one from another coworker. Thank heavens!
By the time we returned home with the loot it was 9pm and 90 degrees in the house. Once we plugged them in and turned them on it slowly began to cool. We went to bed really late because it was just too hot to sleep. Sunday we overslept (thanks iHome! Can't you read my mind? I want an alarm even if I turned you off the day before) and woke up at 11am feeling as if I had been beat. It was all I could do to get out of bed. I finally made it out and decided the house needed some TLC or I was going to burn it down. The little messes were driving me crazy.
So it was a long, hot weekend and I am glad to go back to work Monday morning. How was yours?
No comments:

Promote Your Page Too 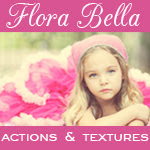